The general assembly, which is convened at least once a year, elects members to the National Board. The National Board consists of two members who are elected for 3 years. Every year the term of two of the six elected board members ends. Consequently every year two board members are to be elected, ensuring rotation and continuity. 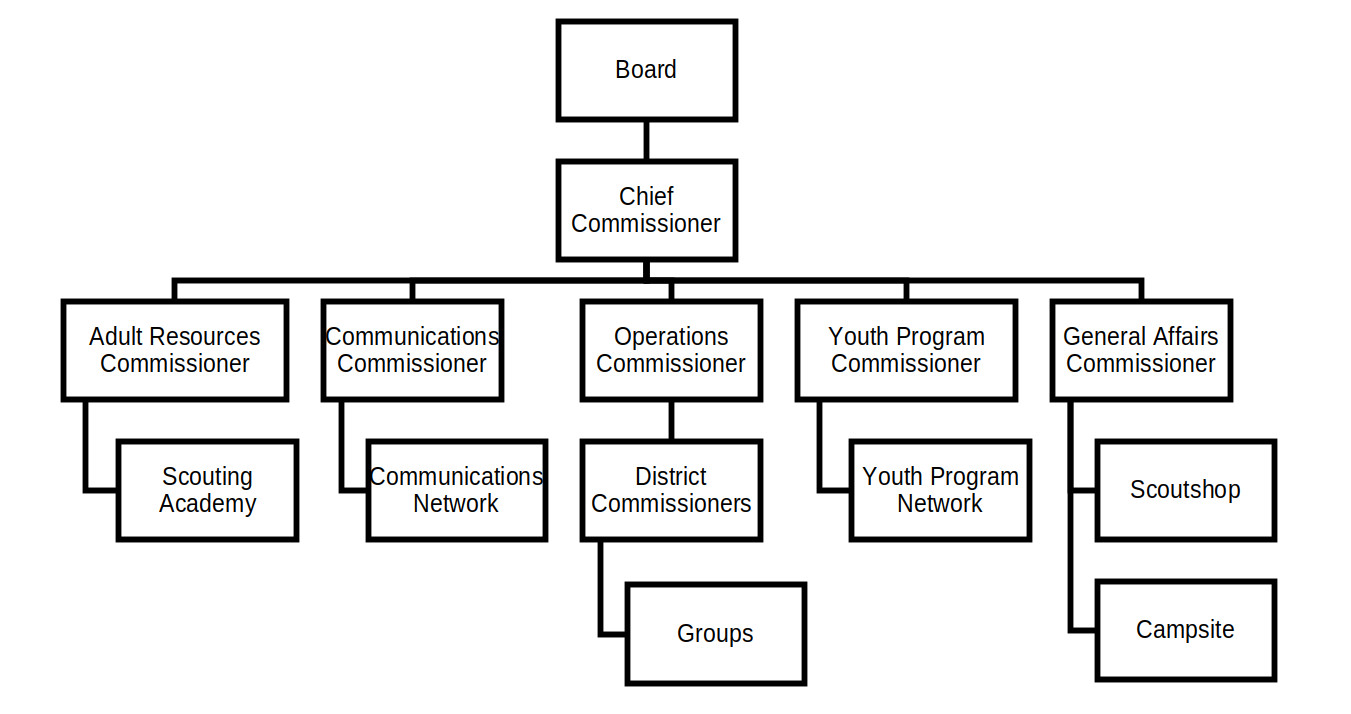 The District Commissioner is responsible for the proper management of the district, in line with the national policies.

The Group Leader can have assistants.

The Group Leader is responsible for the proper management of the group, in line with the national policies.

Each group may consist of the following sections: 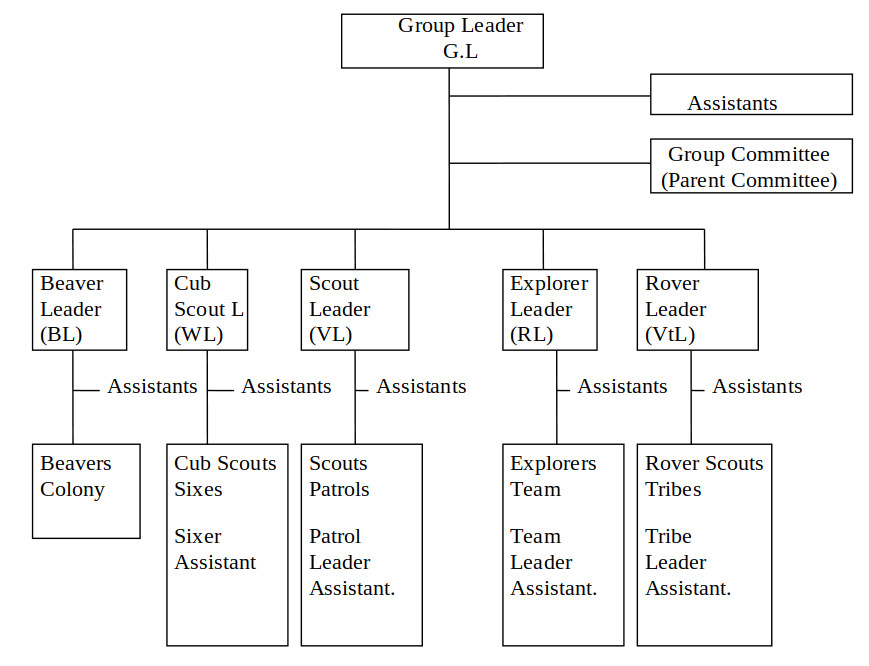