The new Interamerican Scout Committee (ISC), elected at the 27th Interamerican Scout Conference in Panama City, Panama (November 2018), has been in office for slightly over one semester. The new Committee met during the Conference and elected Daniel Corsen, Jr. as the new Chair for the ISC and elected Armando Aguirre and Lyda Pavon as the First and Second Vice-Chairs, respectively.

The purpose of this report is to share with you, our National Scout Organizations (NSOs) some of the activities that together with the World Scout Bureau – Interamerica Support Center (WSB-IASC) the ISC has developed during these 6 months after being entrusted with this responsibility by all of you in Panama. 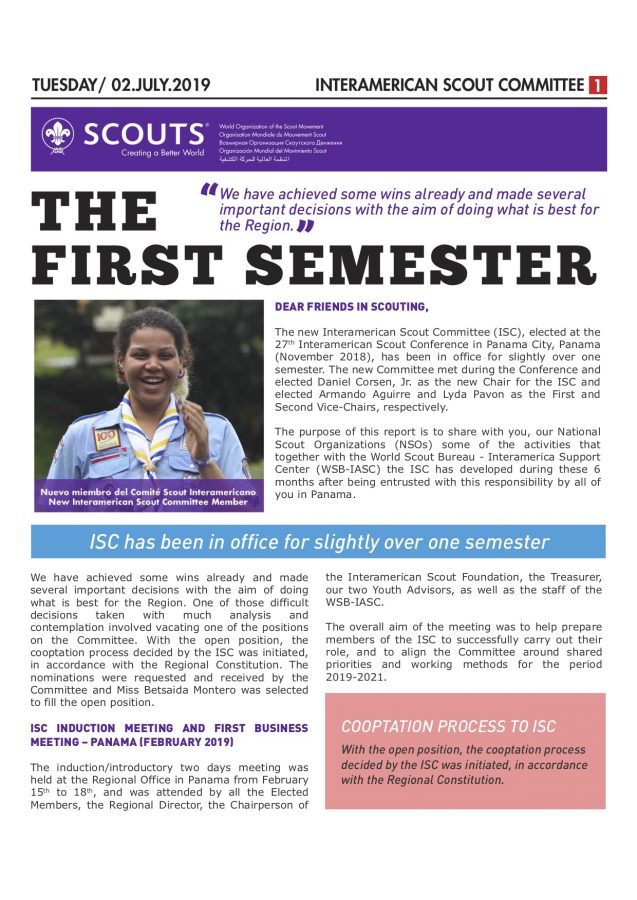